This is Dash Adventure 2. A demo of an upcoming conversion mod for Sonic Adventure 2, set in an alternate universe where Sega decided to go with the rabbit design for Sonic instead of a hedgehog. This mod not only changes Sonic and changes his name to Dash. It also changes the other characters. Complete with newly made models and artwork to go alongside it.

In this build, currently we have all 6 characters changed out with Amy and Metal Sonic as extra. So its recommended to either play multiplayer or use character select plus which this mod has compatibility for. With the custom models, all the Sonic/Shadow stages have been retextured. In the future we plan to add custom level design but for this shc build there isn't any. Also with this build it comes complete with custom music for several stages. The speed characters also have edited physics to give a new feel to the gameplay. All four speed characters are different from each other in vast ways. Included with the main mod is another mod that is part of this one. A custom chao garden that isn't entirely finalized but is sure to be enjoyable.I hope that this first demo of Dash Adventure 2 will not only exceed expectation but excite people for the future of Sonic Adventure 2 modding.

Speeps/@SPEEPSHighway - Allowed use of HD Gui mod for remaining GUI textures I missed. 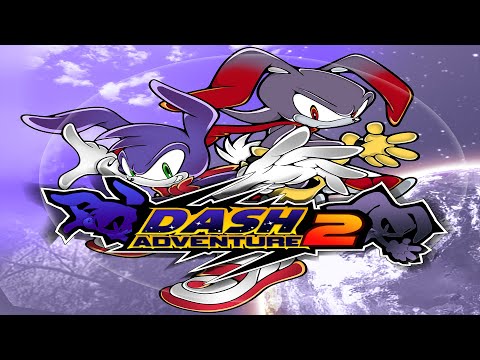 I haven't had the chance to try this one out yet but the fact every single main character has been overhauled is just so fascinating, and from the screenshots it looks super legit. Can't wait to play it by myself. Amazing work!!