NOTE: This mod only works with the Steam version of Sonic Mania!

In Act 1, return to the caverns alight with the glow of fireflies. Explore new heights and deeper depths than ever before with tons of alternate pathways in a huge new level layout. Knuckles and Mighty have their own paths too! Swing from vines and run through loops to keep up your speed, but watch out for crushers and spiky hazards!

In Act 2, descend deep underground into an intricate cave system full of crystals. Ride mine carts and smash through crystal spikes, fling around corners on tetherballs, break through the ground to find new paths, and face badniks both familiar and obscure as you wind your way to the bottom of this tall vertical level!

This mod has been in production for over three years, so I hope it's been worth the wait! You may have played an older version of Act 1 before, which I released in the summer of 2019. Act 1 has been further tweaked since then, so be sure to give it another go even if you've played it before.

In loving memory of Houdini, the best bunny and the best friend I could've asked for. <3

Alex13Art - Base for Act 2 crystals

Jacob-turbo - Base for Drillin sprites

Sonic Team and the Sonic Mania team - Base for the rest 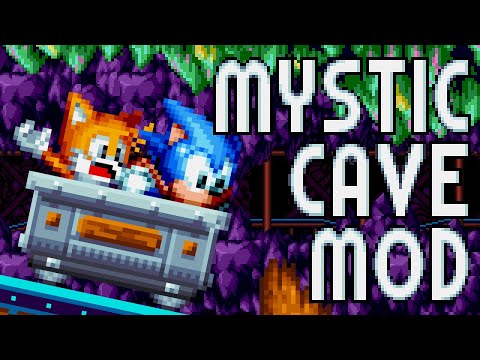 One of my favorites. I want to see more mods like this where classic levels are "Mania-fied". Well done!

Pretty cool. Too bad it doesn't work properly on the Epic Games version.