A port/recreation of Seaside Hill and Ocean Palace from Sonic Heroes for Sonic '06, replacing every character's normal difficulty Wave Ocean (and also using the DLC system to allow Amy access) with layouts based on the four teams from Heroes. Modifications have being made as required to better fit in with '06's strengths and weaknesses and to better adapt layouts to the individual character's gameplay styles.

In addition, Tails' Wave Ocean has been replaced with Sea Gate, with Amy also having access to it from her Trial Select, as Team Sonic play it through the tutorial option in the original game and Team Rose are required to play it as part of their story.

Sonic, Shadow and Silver also have an Egg Genesis fight using the terrain of the Turtle Shell battle map, with behaviour modifications to make the fight work better with the vastly different terrain and some custom voice lines made using the VOX system from Half-Life.

As with my Greenflower Zone mod in SHC2020, a Technical Write Up that looks at some of the development process I went through can be found on my personal site at https://knuxfan24.com/2021/08/16/sonic-06-seaside-hill-mod-technical-write-up/

The only difference between the upload seen here and the one on GameBanana and my site is the addition of the SHC Splash WMV. 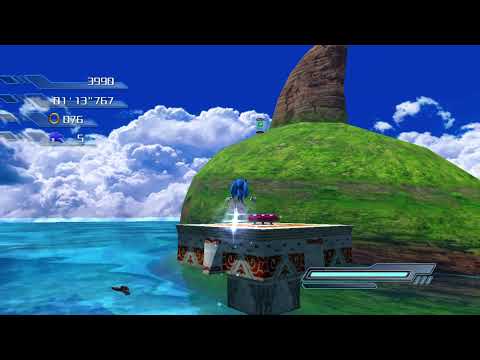