This mod randomizes the level order and other various things in the game! The mod comes in the form of a program that you must put in the main Sonic CD folder and run to set up and install the mod. It is compatible with both the Steam version and the decompilation.The first tab of the program controls how the level order will be randomized, as well as controlling the seed that will be used for all randomization. You can enter any number between -2147483648 and 2147483647, or have the randomizer generate a seed for you based on the current time.

The second tab contains various other options to randomize other things in the game. Note that enabling any of these options will take files from the base game and all mods you have currently enabled, so you may want to disable any mods that you won't be using with the randomizer beforehand.

Randomize Music: if you have the decompiled scripts downloaded into a "Scripts" folder in the game's main folder, you can enable music randomization, which will shuffle all the music in the game (including music from other mods you have enabled). Additionally, you can choose whether to keep the JP and US soundtracks separate or combine them all into one big list.

Randomize Time Posts: time posts will be randomly set to "Past" or "Future". You can also replace checkpoints with additional time posts. Note that the "Shuffle Rounds", "Shuffle Acts", "Shuffle Time Periods", and "Shadow" modes can only randomize the time posts in Present stages, to maintain the game structure.

Randomize Palettes: randomly hue-shifts all the color palettes in the game, giving the game a wildly different look. May lead to combinations of very bright colors.

Randomize UFOs: the placements and number of UFOs in the Special Stages will be randomized. Difficulty controls how many UFOs can appear and how quickly they can move. This option also requires decompiled scripts.

Randomize Water: water will be randomly added, deleted, or moved in various levels. This may cause some stages to be unwinnable. There is also an option to only add water to new levels, and not alter water that already exists.

If you find yourself getting lost within the maze that Sonic CD has now become, you can look at the Spoilers tab, which lists all the stages in the order they appear in the main path, as well as which stages they lead to and the shortest path from that stage to the ending. You can also generate a text log, or a flowchart showing the paths between levels.

There is an Extra Music Pack that you may download, which will add music from Sonic 1, Sonic 2, and Sonic Mania to the music randomizer's pool. You can also add your own music into the RandoMusic folder, check the readme.txt file in that folder for details. 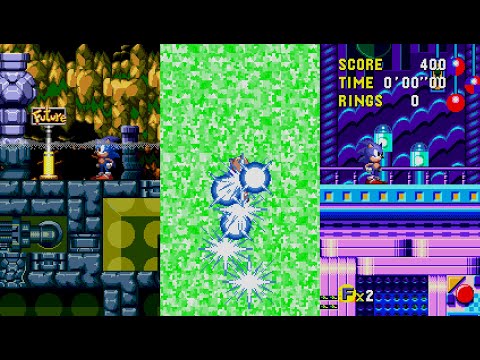 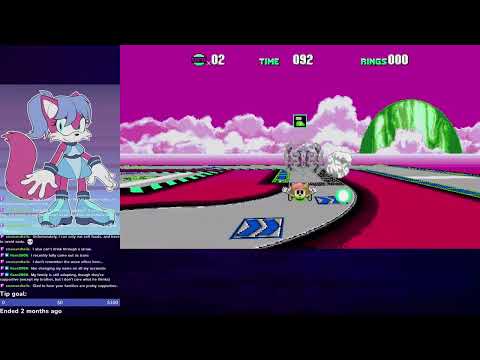