This entry is a combination of 3 mods, Sonic 06 HUD, Sonic 06 Definitive Experience and STH2006 Project Demo 5 Mission Extravaganza. These mods are a proof of concept of how far you can achieve with code injection modding in Sonic Generations and the possibilities it has opened up over the years.

Sonic 06 HUD imports HUD by using the UI files directly from Sonic 06 or recreated using ImGui, thanks to the recent development on UI editor (Shuriken) for Generations. This HUD mod is fully compatible with Sonic Generations, including Classic/Modern Sonic, Missions and Boss Battles. Features include:

Sonic 06 Definitive Experience features original models, animations, physics and character movesets from Sonic 06 by using code injection. Returning to contest this year with v4.0, here are some of the new features not available last year:

You can change which character to play with in the configuration settings. You must also play with a controller for this mod.

STH2006 Project Demo 5 Mission Extravaganza imports stages from Sonic 06 and aims to port them as similar to the original game along with the gimmicks, but also includes changes to accommodate physics and controls in Sonic Generations. Last year there are 4 playable stages, Wave Ocean, Crisis City, Tropical Jungle and Kingdom Valley, these stages have a number of layout/visual improvements, but new to this year, two additional stages and 6 original missions will also be playable. Here are the new features:

4. If you are using Steam to emulate non-Xbox controller, make sure Use game launcher is enabled in HedgeModManager or directly launch Sonic Generations from Steam, otherwise input may not work.

Mods in this entry are specifically built for SHC2022, any other mods besides the ones above are NOT recommended to be used, if you wish to do so please play the version released separately in gamebanana! 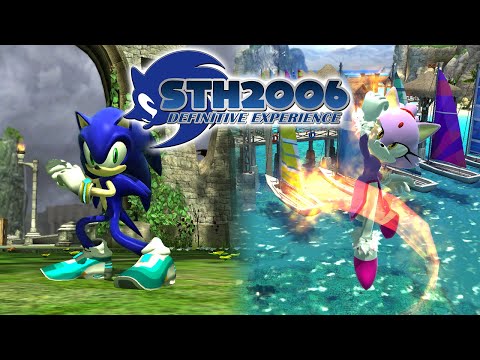 Man, it's already been 10 years? Damn. At least this mod is still in the works and even better than ever! There are some things I'd like to point out. Sonic is not that slow in the original when just running, Pele is hard to navigate at the start and Kingdom Valley seems too cluttered tbh. The game is also not free of crashes, as it did it for me when I was going from Soleanna to New City after completing the Captain mission. I hope to see the day this mod will be finished at last! Good luck on the contest!