Super Hard Mode is a new mission pack for Sonic which adds a brand new, "Super Hard" difficulty to all 10 stages in his story. Accessible through ACT Trial, every Super Hard stage has been rebuilt from the ground up to provide a difficult, yet fair, challenge and make every single stage feel fresh and unique (even if you've played the originals hundreds of times). While every stage offers something entirely its own, there are a few common themes:

You will go through every section of every stage, even if Sonic doesn't normally play there.

You will usually play each section in reverse, and stages have their section order flipped around (generally reversed).

Idle quotes. Linger in an area free from danger for too long and Sonic (or an amigo) will comment on the surroundings.

You read that correctly, Super Hard is more than just interesting new layouts; there are also completely new mechanics never seen in the original game, including...

The ability to select tracklists from past Sonic games and use them in place of the regular background music within Super Hard (includes music from Sonic 1, 2, CD, 3, 3&Knuckles, Sonic R, Sonic Adventure 1 and Sonic Adventure 2. To get started, go to the shop in Castle Town on a completed Sonic file and talk to the new NPC, Verdi).

Enhanced amigos. When characters follow you in Super Hard, they will now be able to independently attack enemies, uncover secrets, and help you progress through the stage.

Every stages supports 3 Sonic Adventure 2-style missions (recreating a scrapped 06 feature). To play these, go to the shop in Castle Town on a completed Sonic file and talk to the other new NPC with a green mark above his head. Completing these missions will grant you Town rings.

And much, much more.

NOTE: This mod is not designed around patches, and you likely will encounter issues if you use them. Super Hard Mode is designed with the base game in mind and embraces, and pushes, the limitations that come with it. As a result, patches often cause conflicts with the mod, either by making sections much easier or much, much harder (if not outright impossible) along with breaking certain mechanics and cinematics. Below is a list of patches that negatively impact the mod and how they do so. This is by no means a comprehensive list, and if you encounter any issues while using a patch that isn't on the list, try disabling it.

Restore Chain Jump Flips/E3 Chain Jump Speed. These chain jump patches may affect where certain chain jumps send you which can slightly change how some sequences play (e.g. in Kingdom Valley Mach Speed, you may get sent to another chain jump point rather than to a spring).

Increased Chaos Blast Range (breaks many instances of enhanced amigos, most notably in White Acropolis. Do not use this patch with Super Hard).

Mid-air Control for Mach Speed (affects certain sequences where you'd otherwise be locked in place due to a jump, such as the start of Kingdom Valley mach speed. Nothing is made impossible with this patch, but you'll need to figure out how to play around it).

Anything that starts you with a different amount of rings (affects timers in various stages, a new mechanic in Crisis City Section 3, and an optional cutscene in Radical Train. Nothing becomes unbeatable, but it does make sections either easier than intended and breaks things visually).

Disable Talk Window in Stages (while most talk windows are voice acted, Super Hard has a few custom ones to explain very obscure game mechanics or provide further context to a gimmick in a section. Do not use this patch.)

Restore Homing Gravity (several jumps will be unreasonably difficult if not outright impossible if you use this patch. White Gem can be used as a substitute, but it's much more cumbersome).

Unlock Mid-air Momentum (Several Mach Speed sections take advantage of a quirk with jump panels to increase your speed. This patch seems to fix that. It's not gamebreaking, but it will make Mach Speed significantly slower) 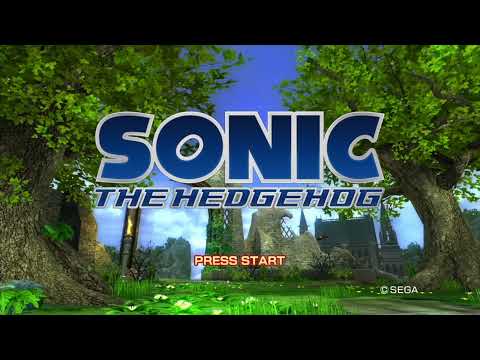 I really wanted to make a very constructive review here, but only when I finished writing it, I realised the characters limit on this website (it's my first comment in SHC). So if the creator of the mod is interested, they can read it here: https://jpst.it/2EzW6

tl;dr I really enjoyed this mod, but it had a lot of questionable decisions.