Sonic the Hedgehog 2: The Return of Dr. Eggman No, not a spoiler for the next Sonic movie, nor is it Sonic X Episode 56 in Italy, nor is it fanfiction.

If you remember looking at last year's Expo entries, you would've noticed Sonic the Hedgehog 2+; if you don't, I don't blame you given how many Sonic 2 entries there were last year (and how many used the "sunset sky" palette).

Well, in the year that has passed since the last contest, I've completely rebuilt the entire hack from scratch to be more stable, and to allow for more features.

The concept of the hack is to expand upon the original game by adding back in scrapped levels and concepts, alongside general bug fixes, improvements and other additions; as for why it was subtitled and isn't still Sonic 2+? It's because I found the original title too generic.

Also, I noticed that certain people didn't know what was changed and quit before completing Emerald Hill Zone; to anyone who might do that, just use the level select code. 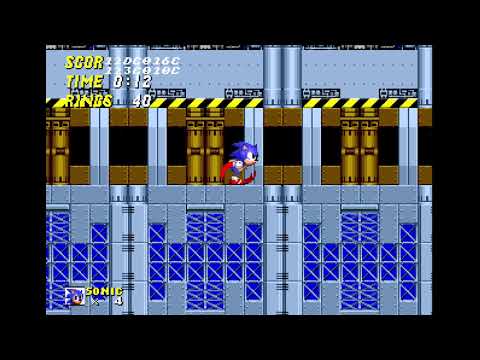 Really? No offense, but the new zones are not good level design. However, I appreciate the fact that you decided to remake Ocean Lake zone since no one did it before. I hope you will improve and it may be a great hack.