SA1 has a lot of hidden areas and side routes, but hardly any of them are worth going to because all they give you is a life box. By the time you've reached it, you've likely already gotten about three from the amount of Rings you're hauling around.

This mod overhauls the stage emblem system, so that emblems appear as collectibles (as they are in Adventure Fields) over where these boxes spawn, giving incentive to seek them out and bringing light to all the obscure places in the game they're in. If you're familiar with the Red Rings of later games, this is basically that. There are 96 in total to find.

As this mod comes with a major change in emblem progression, it uses its own save directory. Otherwise you could end up corrupting your save file, and you don't want that to happen! If you don't want to deal with the story again, I included an edited save with no stage emblems collected.

(P.s. There's one actual life box left for each character, see if you can find them.) 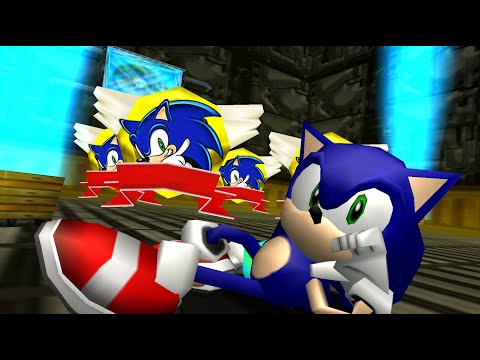 After passing the stage, the game crashes and does not save progress. Unfortunately, I didn't play the mod properly, but it would be very interesting.