This mod is a complete, comprehensive overhaul of Sonic's sprites to embrace the changes in style some CD sprites had, with the Special Stage sprites, some of Ohshima's artwork, and the game's very own Sonic sprites being the main inspirations, and it includes Amy Rose plus Metal Sonic too!

Sonic recieved a lot of changes, tweaking his appearance to tweak oddities, adapt shading, and other details to match CD's artstyle nicely.

Amy recieved the same general changes Sonic did, with a literal facelift, and added details from Naoto Ohshima's concepts.

Have fun, and enjoy!

Please note this mod is not compatible with "Sonic CD Restored", or "Sonic CD And Knuckles", and other mods of the same nature.

Also note this mod was made specifically for the decompilations, usage with the Steam release is untested and not recommended. 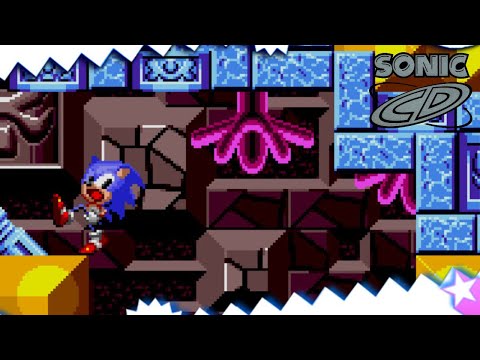 based mod ngl. kind of like a "what if" where the sprites were remade and not lazily ported for the most part.