This mod aims to bring the gameplay and the physics to another level with changes to the camera to acommodate Sonic's improved mobility, the major changes are listed on the video with some other minor changes that all add up to make Sonic feel better to control.

Better turning: Sonic can make much sharper turns without needing the drift, but you're still gonna need the drift when running on water and on ice.

Improved aerial mobility: Sonic's aerial control when jumping has been improved which allows for easy aerial redirection and you even have a slight chance pull off some clutch saves if you accideantally jump off a ledge

Air Boost changes: The air boost is now affected by gravity and lasts for a full second, so if you boost close enough to the ground, you can transition from the air to the ground smoothly, which improves the general game flow.

Improved rotation speed: Sonic now turns around much faster on the ground.

Improved angle correction speed: When Sonic runs off a steep ramp he keeps his angles and he takes a while to correct his angles, the speed for this action has been improved significantly.

Increased Brake Power: The break has been made stronger so you can stop practically on a dime and redirect yourself instantly.

Camera changes: The camera is now farther away from Sonic and at a higher angle so you can have better visibility of the terrain you're running and various changes to camera delay were made. 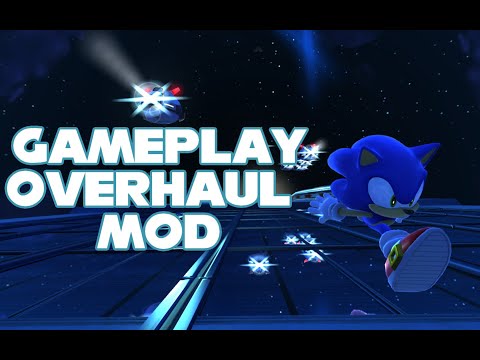 This is great! Chemical Plant likes to crash the game if you boost out of the waterslide that leads to the skydiving section, and ground movement feels WAY too slippery, but otherwise I really like it! Works well with Frontiers Sonic and the double jump.

I tested Chemical Plant and it didn't crash, maybe it is a problem on your end

The first waterslide in Chemical Plant doesn't seem to agree with this mod. Pushes me slower than molasses. I checked that the problem is this mod. Disabling it makes the slide work again, enabling it messes it up.

try putting the mod higher on the priotiry list, or disable/enable the 4gb patch, i really don't know why people are having issues with chemical plant, every time i test it, it works fine

IDK what to tell you. Top of the priority list, every mod that touches Chemical Plant in any way disabled, tested with and without the 4gb patch, and it's still not working correctly. Thankfully Boosting still moves at normal boost speed, so I can bypass it fairly easily, but it's just annoying.

Don't get me wrong, this is absolutely amazing and I refuse to untinstall it. It's just a minor annoyance.